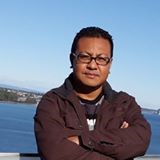 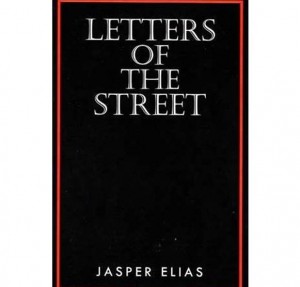 Letters of the Street-a collection of “letters” written by a man who lives alone in an old apartment on the 14Th floor. The letters record time in the apartment and especially the man’s favorite pastime-leaning upon the wooden window with either a cigarette or a cup of coffee in his hand, drifting aimlessly into the view and into his own memories. The book deals with the man’s memories and his battle to escape the consequences of getting sucked into his past. Towards the end, the man realizes strength and newness through the same memories that used to eat him, and he sees his run-ins with life as blessings and his eventualities as arbitrary stumbling into grace.

‘Letters Of The Street’ is Jasper Elias’s first collection of poems. Poetry in English in India today is said to have no market, but despite this caution, paradoxically more and more poetry is written in English. This collection supposedly uses the technique of letters to write poetry, the epistolary method of writing, which has been a foundation of literature for a long time. The poems strike a chatty, conversational note and address a ‘silent listener’. The poems are a blend of tradition and contemporary concerns of a hybrid, valueless society.

The one interesting feature of the book is the use of unalloyed rhyming or verse form, combined with free verse, the characteristic mainstay of contemporary poetry. Elias in some poems uses a regular rhyme scheme: 1,3 2 and 4. This invests the poems with an artful rhythm and the cadences of such poems break into melody. Today when very little verse is written in regular rhyming this is indeed a daunting task which creates a poetic – realistic effect. Elias’s poetry is also marked by a fictive imagination cast in the narrative mode expressing a different world twice or thrice removed from the poet’s immediate reality. It breaks away from a minimalist mode of writing poetry which again is a contemporary or modernist trend. The poet draws from his imaginative resources to tell a story, say of a man who resides in a fourteenth story of a building, and views the world, his world from this vantage point. But the weaving of a fictional world, twice or thrice removed from the poet’s world, as he has lived in India all his life, infuses fictional reality into his narrative myths – whether it be the life of a person in Europe, or the persona going shopping downtown in Europe. This is the fictional element, which leads to surprise and movement in these poems. Such poetic fiction if one may call it gives to his poetry a radical form or outlook.

The poet’s universe is not necessarily morally flawed but god centered, where the speaker moves in and out of a spiritual crisis. The frequent references to the ‘Book’ is an allegorical or Biblical symptom of a search for wisdom. The poems also explore themes of love and relationships. They build into their texture a refinement in the quest and meaning for life. The allegorical mode of his poetic stories is also a testament to a void that one can experience in life. The poems are both artful and arty, the latter through the use of movement and rhyme. ‘Letters Of The Street’ the title of the collection is a moment of reflection on life, its humdrum existence, as well as a search for the moral or the divine. The love poems are quiet and meditative statements of wish fulfilment. 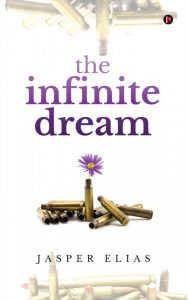 A journey that the various millions undergo in times of severe conflict- personal and political; and the more than often realization of the ineffectuality of the individual in a mass situation: The Infinite Dream is an account of lives where one is more significant than the other, regardless of which side of a conflict one happens to belong to.

In that seemingly desperate attempt to win an escape from the Sovereign will our race unify and eventually succeed in search of that elusive dream?