Set in the early nineteenth century, this is the story of an orphaned and adventurous John Penmarric who leaves his home in Cornwall to seek a quick fortune. Following treachery and intrigue, he is compelled to flee the British Isles to meet his destiny in Hindustan among the most sinister mass murderers that ever walked the earth. In a land barely recovered from the turbulence of the Maratha war, and laid waste by the Pindari hoards, John finds himself embroiled in a campaign against the sinister Thugee 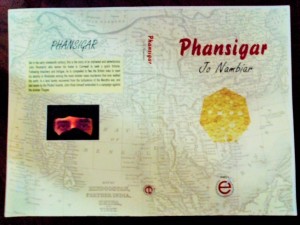 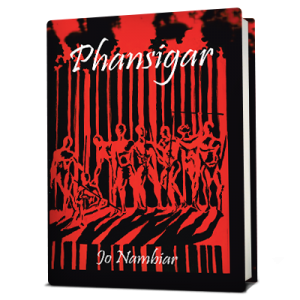 “PHANSIGAR” has been republished by Partridge India in 2016

Thug on the Loose

Phansigar, Jo Nambiar’s debut novel, begins with a hair-raising folk song, which soon gives way to reveal an ancient cult of Goddess Kali worshippers. Nambiar explores a forgotten era of mass murderers of ‘Hindustan,’ called thugees or phansigars, in this novel set in the 1800s. With a powerful first chapter, Nambiar sets the mood of the novel – cruel and bewildering. It opens with a group of thugs making plans to practice the traditional art of strangulation using a sacred ruhmal (handkerchief), which requires great skill. The gang is known to waylay merchants at predetermined points on the highway, to murder travellers, and offer their bodies to Goddess Kali as sacrifice. Undiscovered for centuries, the macabre group speaks a secret language, Ramasee and has strange codes to hatch their plans for the next sacrifice. You are then transported to the British Isles to meet the chief protagonist, Englishman John Penmarric, who leaves Britain for India in search of a quick fortune. You soon realise the underlying theme of the novel; hunter turning hunted.

Horror unfolds as an unknown assailant spreads terror among the phansigars, killing them in hundreds. The remaining cult members struggle to discover the identity of this black-turbaned ‘Firengee,’ even as he continues to send them to the gallows by informing the police of their activities. Amid all the killing and gore, you meet Salmi, a meek little woman, who is about to bring a new life in this world. Often in the background of the story, it is Salmi who you want to watch out for. If not for Salmi, the cult wouldn’t have existed. Dabbling in historical fiction, Nambiar goes back and forth in time, mixing the characters’ past and present and makes use of aliases to keep you guessing. Are Englishman Hutchison and Firengee the thug the same person? Are they in different time zones? You don’t know. Not until Nambiar decides to tell you.

If you enjoy stories set in India, you’ve found your next must-read with Nambiar’s Phansigar. 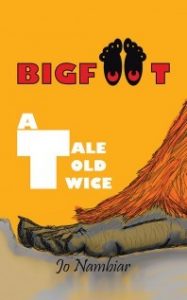 In this story, in rhyme, I narrate as best as I can

Of a creature and a place unknown to any man.

Motives of people who are dear to your heart,

And of an odd adventure that almost came apart

Tragically; but let me not spoil the little surprise

That awaits your expedition into my enterprise.

When you have read this you’ll see what I meant.

I hope your time with this strange tale is well spent.

3.  Sankaran is again on the Coconut Tree 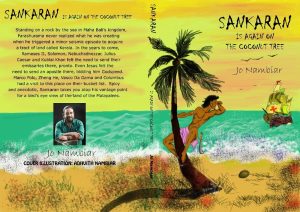 Standing on a rock by the sea in Maha Bali’s kingdom, Parashurama never realized what he was creating when he triggered a minor seismic episode to acquire a tract of land called Kerala. In the years to come, Rameses II, Solomon, Nebuchadnezzar, Julius Caesar and Kublai Khan felt the need to send their emissaries there, pronto. Even Jesus felt the need to send an apostle there, bidding him Godspeed. Marco Polo, Zheng He, Vasco Da Gama and Columbus had a visit to this place on their bucket list.  Spicy and anecdotic, Sankaran takes you atop his vantage point for a bird’s eye view of the land of the Malayalees

Jo Nambiar’s book has been translated into 20 languages, and the following YouTube video describes his book Phansigar