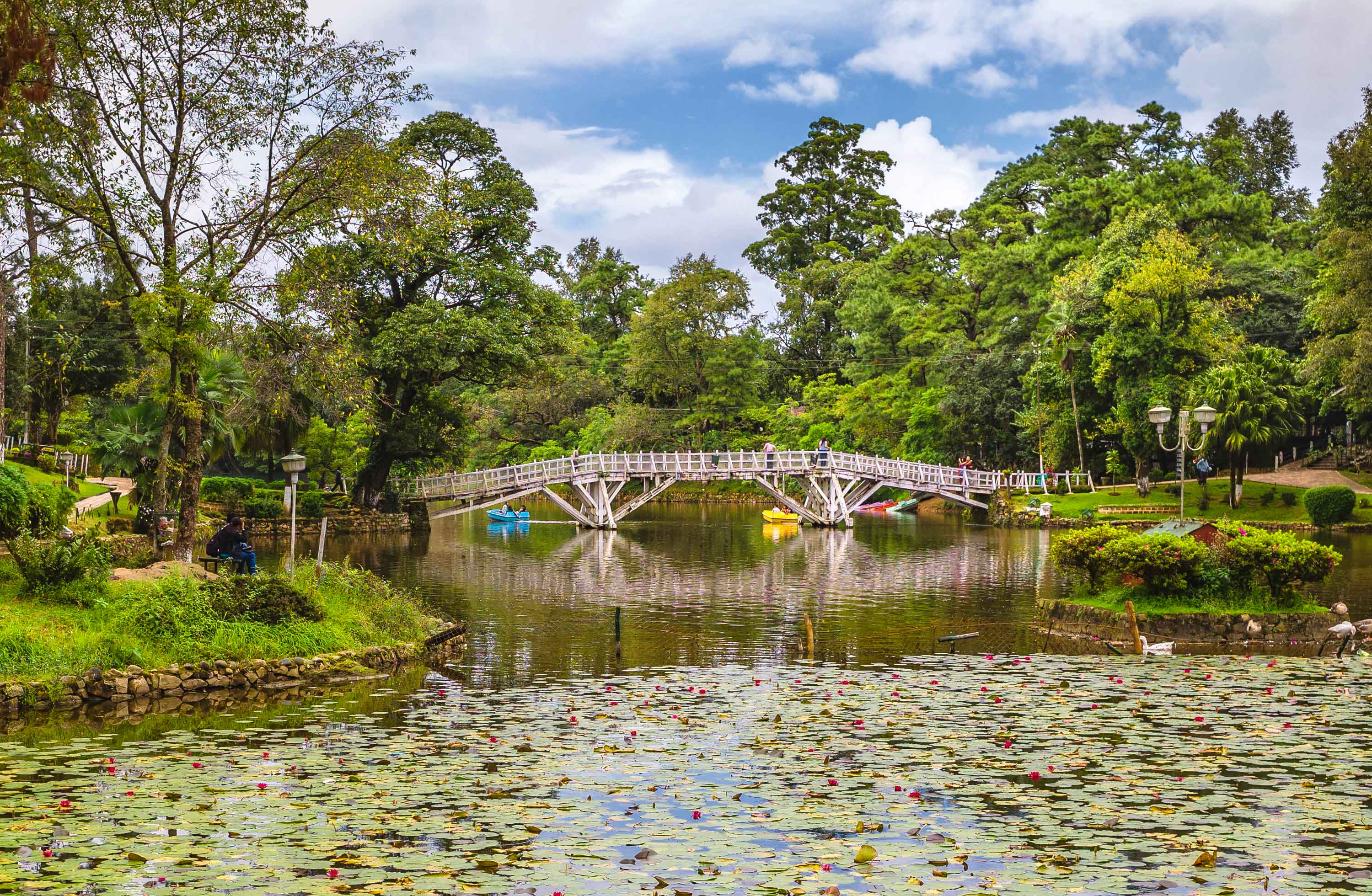 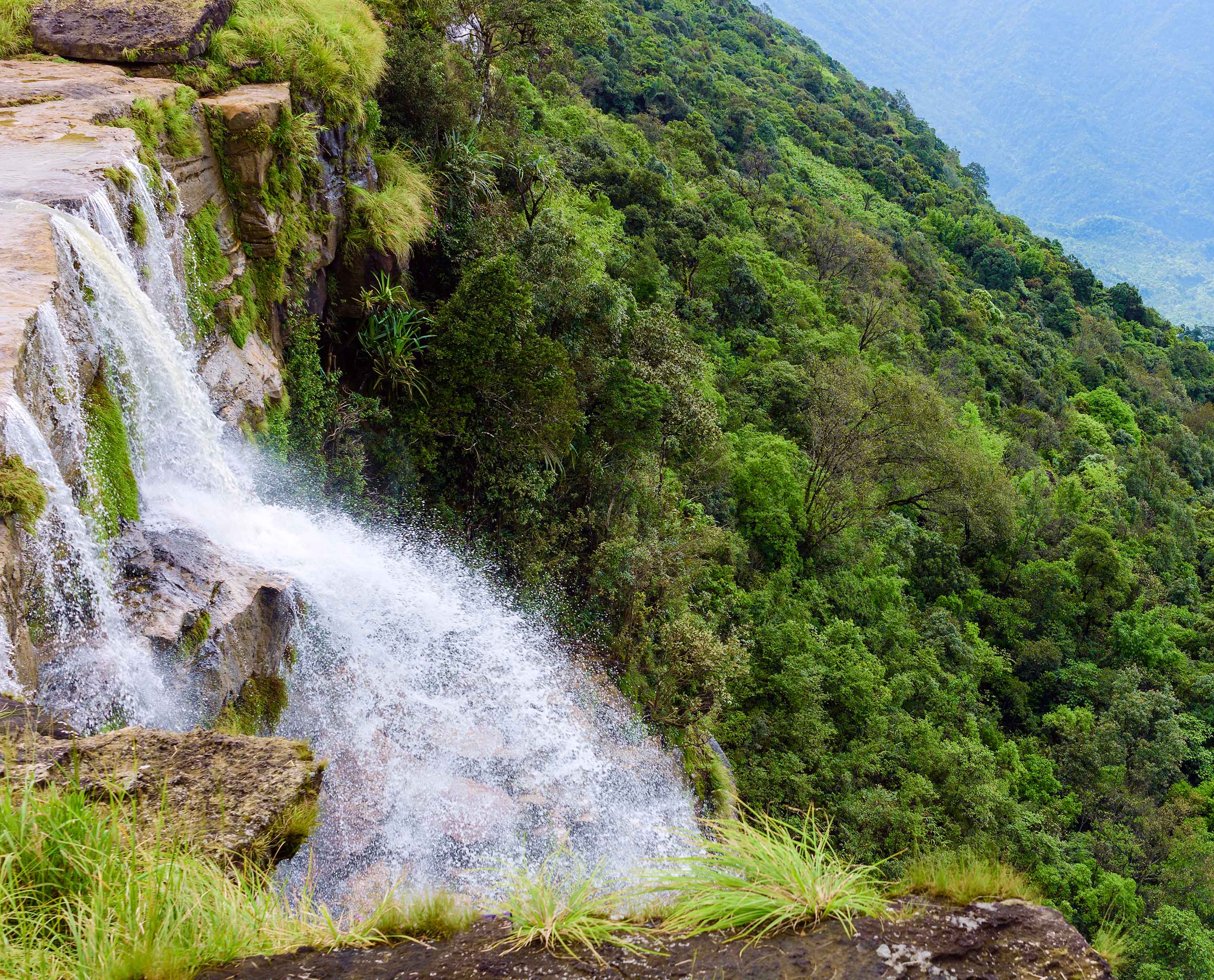 Reviews of Literature and Poetry 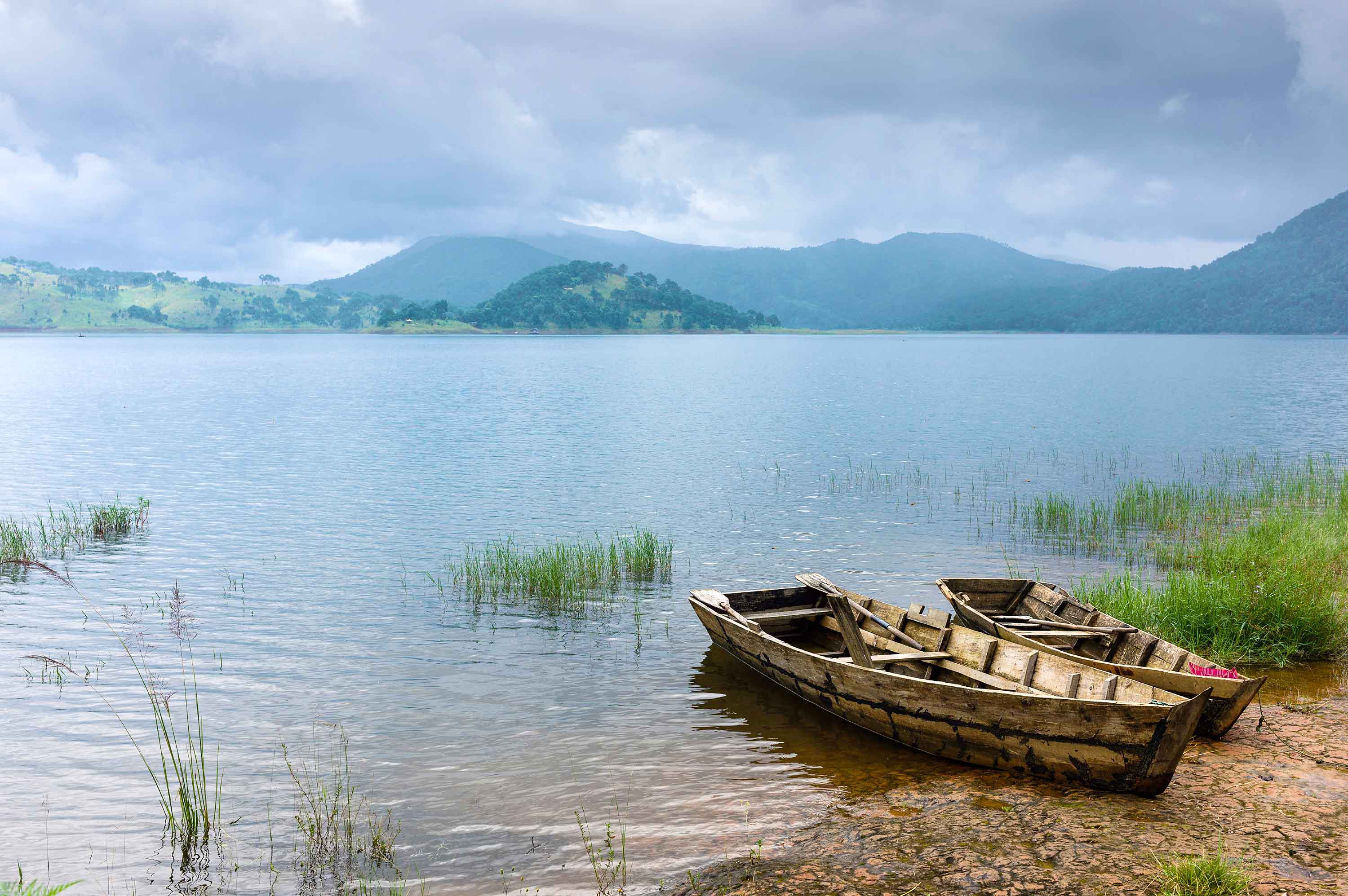 Published by Authors and Poets 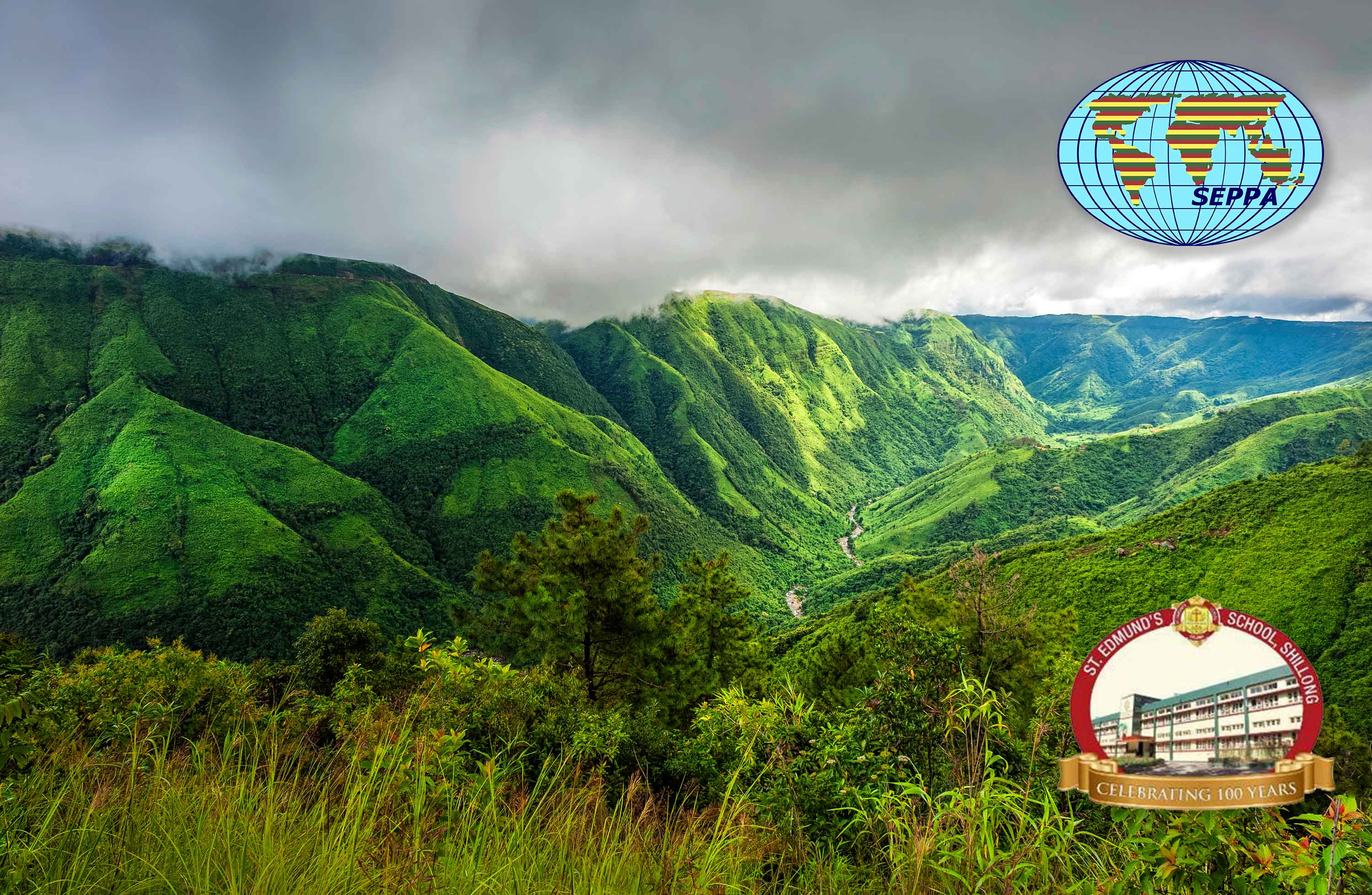 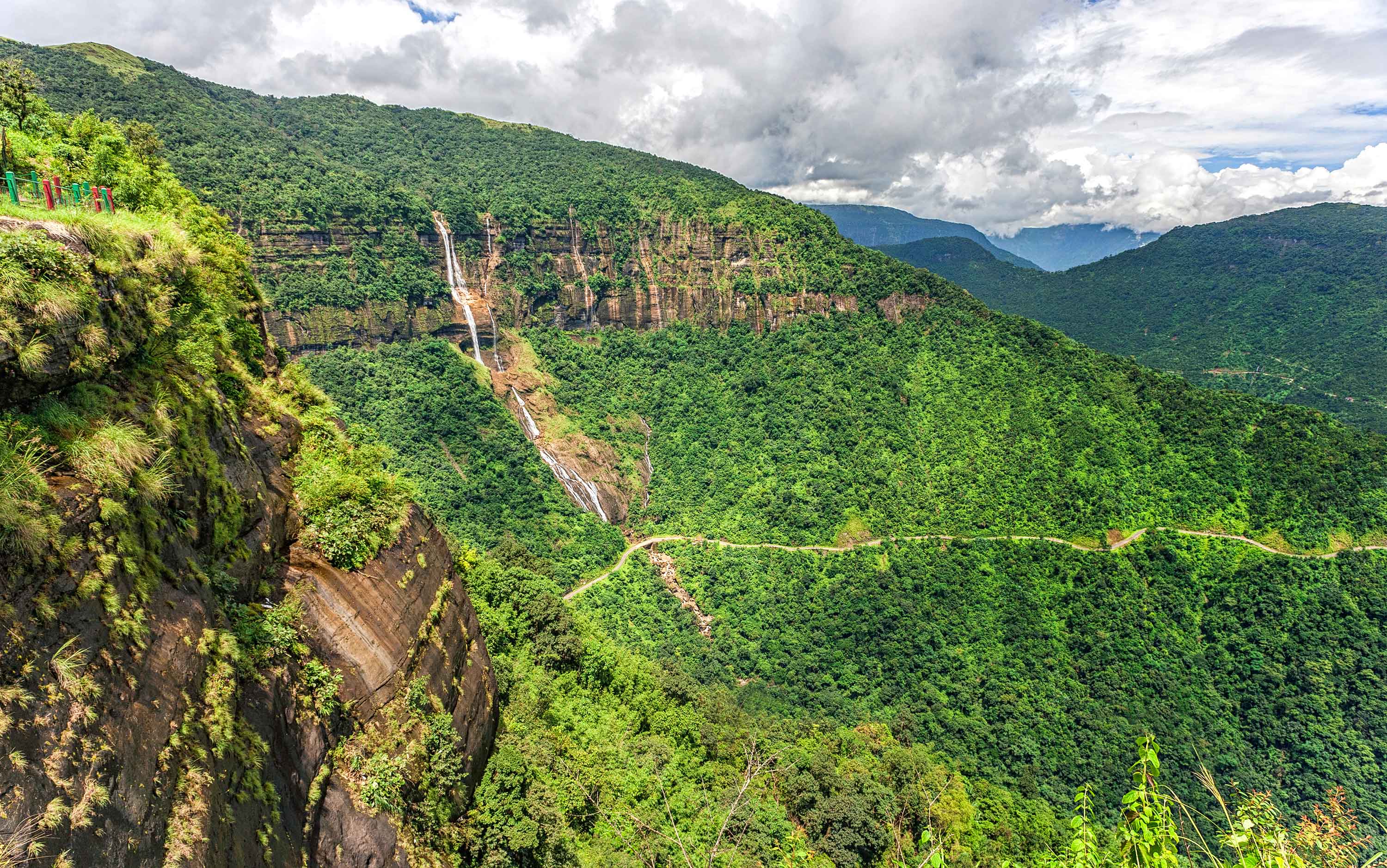 Our new name is Shillong Writers and Poets (Murli explains below). For convenience to all users, the new (shillongwritersandpoets.org) and old (seppanauthors.org) domain names lead to the same web site... this one.

The Journey from Seppan Authors to Shillong Writers and Poets

Conversation is the mother of ideas.

Mitra Phukan and I were talking and the subject turned to the Edmundian Writers website.

Mitra remarked: “I wonder why nobody is thinking of a Loreto authors' website? We have quite a few as well.”

The words settled in my head like a bug. After a couple of days I gave it a name, “ the Mitra Bug.” It’s buzz was too strong for me. So I passed on the Mitra Bug to Jai. Jai, as you may not know, is an old Loretoite, having spent all of 1951 in Upper KG there.

We had to do something about the buzz in our heads.

Since Edmundians and the Loreto girls were/are close, we thought we could expand the Seppan.org website to include the Loreto Writers.

The conversation between the two partners-in-literary-crime, Jai and yours truly, expanded the idea to make it a Shillong Writers and Poets website. We agreed that the website should include the writing and the profiles of all those who were educated in schools in Shillong, irrespective of where they currently live.

Anyone who has published at least one book, fiction or non-fiction, with a traditional publisher or has self-published, will be listed on the “Published Authors” page. The casual writer who has penned an occasional story, article or anecdote and has had it published in a newspaper, in a magazine or online will be featured under “Story Tellers.”    The full title of the “Stories Tellers” section is Stories and Articles.   The third category, “Reminiscences", will share memories of the city we love. Story Tellers and Reminiscences will be given their own page/pages like the “Published Authors.”

Since Mitra is on a first name basis with every writer in the North East, we invited her to be our Liaison in India. She graciously agreed.

Welcome to the new avatar and the expanded family of writers, story tellers and poets.

The idea of a website devoted to writers from St Edmund’s School was born when Kishalay Bhattacharjee (‘84 batch), a former resident editor at NDTV for 17 years, wrote to Murli Melwani (’55 Batch) suggesting that it would be great to collate the books and other published material by authors from St Edmund’s School.  St. Edmund’s, Shillong (Meghalaya) India was established by the Irish Christian Brothers in 1916.

When this request was posted on the Facebook page of SEPPA(St. Edmund's Past Pupils' Association) Public Group by Ramesh Bawri (‘68 Batch), the response was more than encouraging. Pooshan Dey (‘06 Batch) wrote, “This, if done, will be a dream come true for me to read all the books ever written by Edmundian authors in one place.” Others posted the names of Edmundian writers and the titles of their books.

The menu of the “Published Authors” page has been arranged alphabetically by first name. Each author is given a page(s).  Apart from a short bio of the author and a list of the books written by him, a summary of each book is presented next to a picture of the book's cover. This is followed by a review of the book, along with links to other reviews. If the author has written articles, links to them are included. Ankush Saikia’s and Saif’s pages have been completed to serve as  models of the format that will be followed.

For the Stories Tellers  and those who reminicise  we have more of a free form layout, like we have created for Roderick.

It’s a labour of love and, as a collaborative effort, Edmundian authors are requested to arrange the material according to the chosen format. Jai Sehgal has made the task easier by designing a template called the “Author’s Data for updating the Website.”  The page, titled “ Instructions for filling in the Edmundian Author’s Template,” lists the steps for filling in the required information. These steps are illustrated in the document in which Ankush Saikia’s information/photo/and book covers have been slotted.

Jai Sehgal joins the team as an editor, bringing with him his computing skills and experience.

Thanks go Jai Sehgal (’60 batch), moderator of Edmundian-Alumni Forum, and Ramesh Bawri, administrator of SEPPA Public Group for various types of help and continuing support.  This website is a tribute to the bond, the camaraderie, and the values that St. Edmund’s inculcated in its students.

Chris Mathews is a retired systems engineer who spent 37 years with Electronic Data Systems and Hewlett-Packard.  In retirement, he manages content for a variety of websites, catches up with his literature reading, pedals his road bike, enjoys the company of his grandsons, and is the owner of The Refinish Line, a furniture refinishing company.  He has been married to Natalie since 1969. And of course, he is honored to be named an honorary Seppan. Thank you!

Jai Sehgal joined St. Edmund's School in 1952, completed his Senior Cambridge in 1960 after which he continued at St. Edmund's College for his B.Sc. (Hons) and then M.Sc at Gauhati University in 1966.
He joined Dunlop India as a Management Trainee in 1967 and worked in Information Technology (IT) at Dunlop Sahaganj, West Bengal and Ambattur, Tamil Nadu from 1967 to 1981. Jai left India in 1981 for Kingston, Jamaica, West Indies, where he was the IT Director for a group of consumer companies.

In 1984 he came to the U.S. and after 6 years as an IT Consultant, he joined Johnson & Johnson as Director of Systems at one of their pharmaceutical companies. In 1995, he moved to another Johnson & Johnson company in the Healthcare sector as IT Director, eventually retiring in March 2009.

He has a son, daughter-in-law and two granddaughters aged 8 and 5, and was recently widowed when his wife of 41 years passed away in 2014. He loves traveling and after he retired, he and his wife traveled all over the US and to 26 other countries in 4 years. He has been living in Newtown, Pennsylvania since 1992 and serves as a Moderator for the Edmundian-Alumni online chat group. 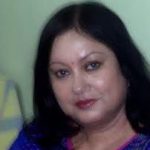 Mitra Phukan is a writer, translator, columnist and classical vocalist who lives in Guwahati, Assam. Her published literary works include four children’s books, a biography, two novels, “The Collector’s Wife” and “A Monsoon of Music”, both published by Penguin-Zubaan, and a collection of fifty of her columns, “Guwahati Gaze”. Her most recent work is a translation of Jyanpeeth Awardee Birendra Kumar Bhattacharjee’s novel, “Kobor aru Phool” , “Blossoms in the Graveyard”. Her short stories have appeared in various journals worldwide. Her works have been translated into several Indian and European languages. As a translator herself, she has put across the works of some of the best known contemporary writers of fiction in Asomiya into English. Her fortnightly column “All Things Considered” in The Assam Tribune is very widely read, across Assam and by the diaspora. A collection of her short fiction “A Full Night’s Thievery” is due to appear in September 2016.

She is an active member of Aradhana, an organization that takes music to the underprivileged sections of society, and a founder member of the North East Writers’ Forum. 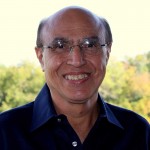 Murli Melwani (class of 1955) worked in his father’s textiles store after completing his BA, (His father also graduated from St Edmund’s College). Murli maintained his Seppan connection (through Romen Barooah and Indrajit Barua) when he served as the Coca Cola distributor for Shillong. He taught English Literature at Sankardev College for 10 years, 1970-80. Since he describes himself as a jack of odd trades, he started a book shop in 1973. What he learnt was: “you meet the best people in a book store.” In 1980, he made a mid-career change to head an export house in Taiwan. He did this for 25 years. His business required him to travel to various parts of the world; a great perk, totally free. He moved to Miami in 2005 and to Plano, Texas in 2007. His process of assimilation was hastened when The Dallas Morning News published the articles of a newly-minted American with a dual perspective. The themes of his articles: similarities between American and Indian traditions (for example, Thanksgiving and Guru Purnima). He says that he’s never been busier than in his retirement - with things he can’t remember, some important, some not, some useful, some not.